We hired a Jeep

In Sicily we hired a Jeep to get from Palermo around the island.

I had my doubts about this steed. Our two big bags wouldn't fit in the boot. One had to be strapped in on the back seat - a bit disappointing.

At above 130, the speed limit, there's something odd about the steering – so much so that I stopped quite soon to check the tyre pressures. I was regretting my choice.

Reassured about the tyres we set off again.

On the plus side the fuel consumption seemed OK and the zoned climate control worked well.

After two days of me complaining about the odd steering we got to Toarmina.

On entering we discovered that there was no parking in the old town, with roads one car wide and unbelievable traffic snarls – cars and tourist coaches moving around each other like tiles in a puzzle. We wound up and up then down and down, when at last a big blue P appeared. Hooray! - maybe we could actually stop and get out and maybe get something to eat!

Down a narrow street we went. Then up a one-way ally. Mistake! Someone's driveway. Jeep's GPS is suggesting the way. Then suddenly we are on dirt - but still a named road on the GPS.We pass two old codgers who look surprised to see us but don't offer any warning.  More like sharing a sly grin. We are climbing upwards again. This time out of town in the countryside. The dirt road begins winding crazily between tall gum trees. But GPS insists that this' the way.  Now along the cliffside 2.5 metres of width, Bushes scraping the side. No way to turn around now. Then a potholed and eroded 30 degree incline appeared.  A car wrecking drop to one side. This is the back of nowhere but there is some kind of dwelling up ahead.  Even Jeep needs to take a run at it. I doubt my car could do this!

Thank goodness we have a Jeep.

Back on proper roads again we have completely by-passed the tourist road blocks.  We get out and admire the view. 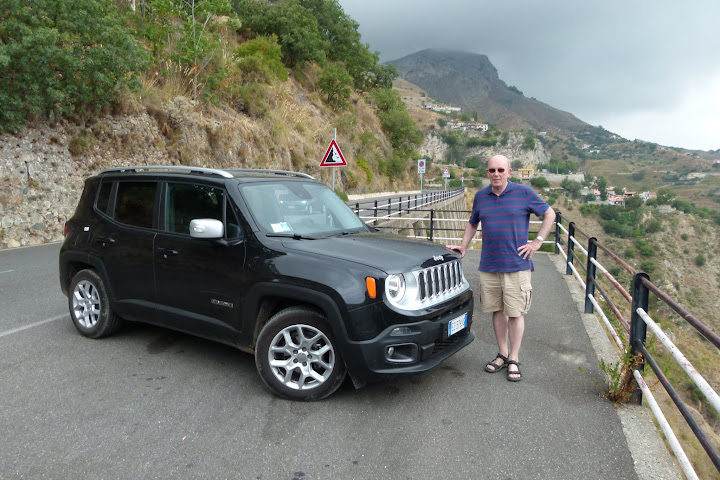 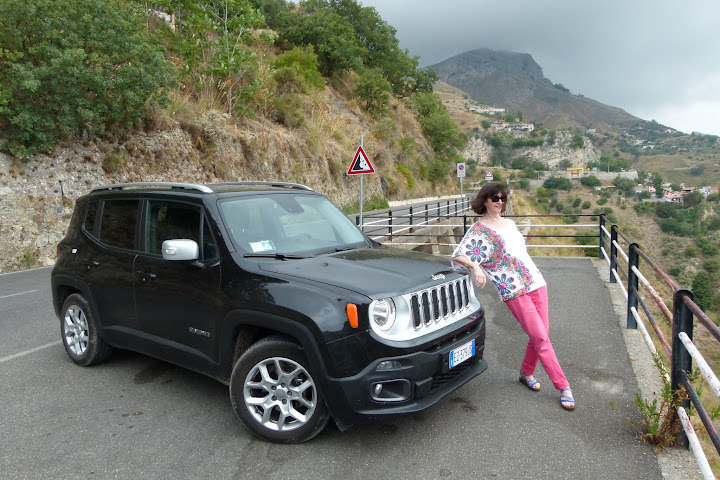 Still in one piece.  Shaken but not stirred. But Jeep is unconcerned.

As we recover it starts to pour - big rain drops. Spectacular lightening streaks in the distance. 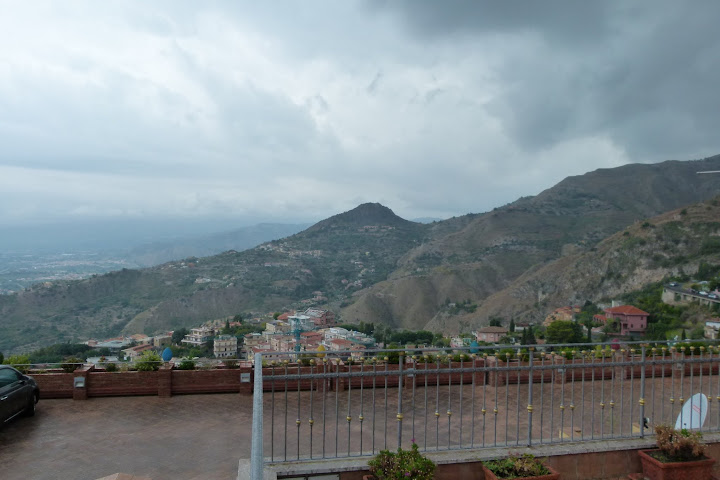 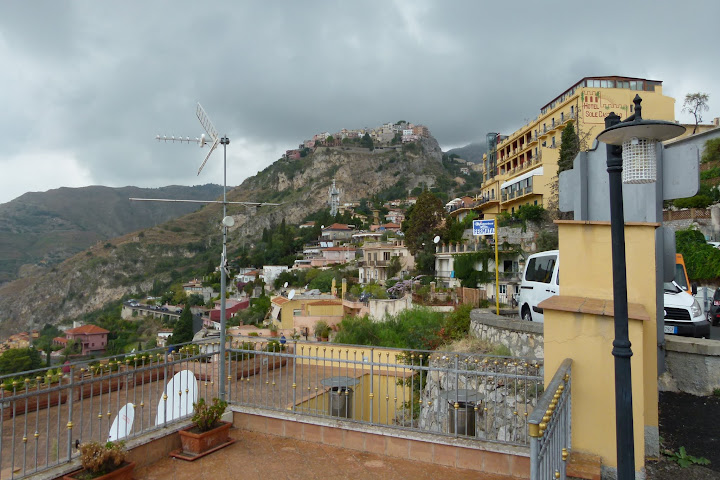 Now we're back on the expressway. The rain is getting heavier. Soon there is running water on the road and some big puddles. Now it's a shallow river. Cars ahead throw water high up to their sides.  So do we. Some slow to a crawl. Jeep doesn't mind. No need to slow below 100. No aquaplaning for us and the steering is rock solid. Jeep is teaching me a lesson. It's OK! I should never have doubted it.